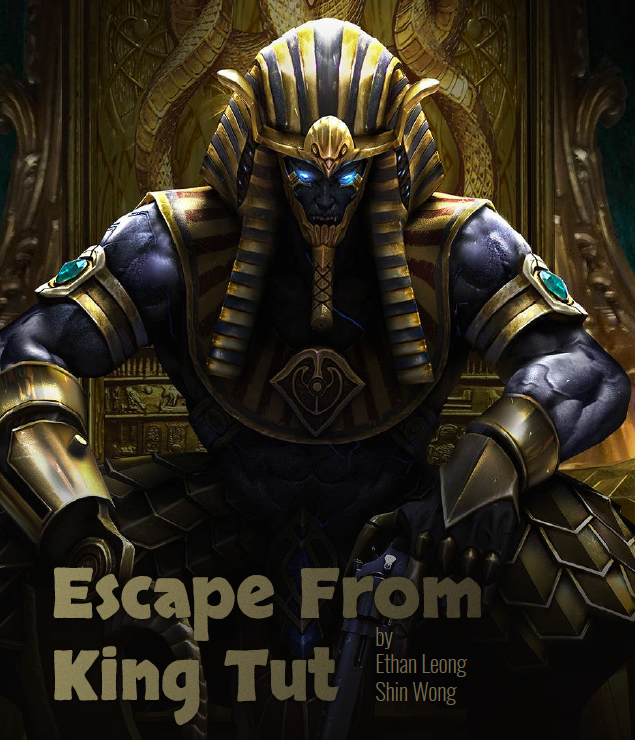 What is Escape from King Tut?

Escape from King Tut is a Roll and Write in which you are a tomb raider trying to escape the tomb of King Tut after looting all of its hidden treasures.  It utilizes a common board for players to navigate the different traps in the tomb and has a unique collapse mechanism that penalizes players for staying in a zone as the game progresses (PUBG!).  The first player who escapes from the tomb wins! 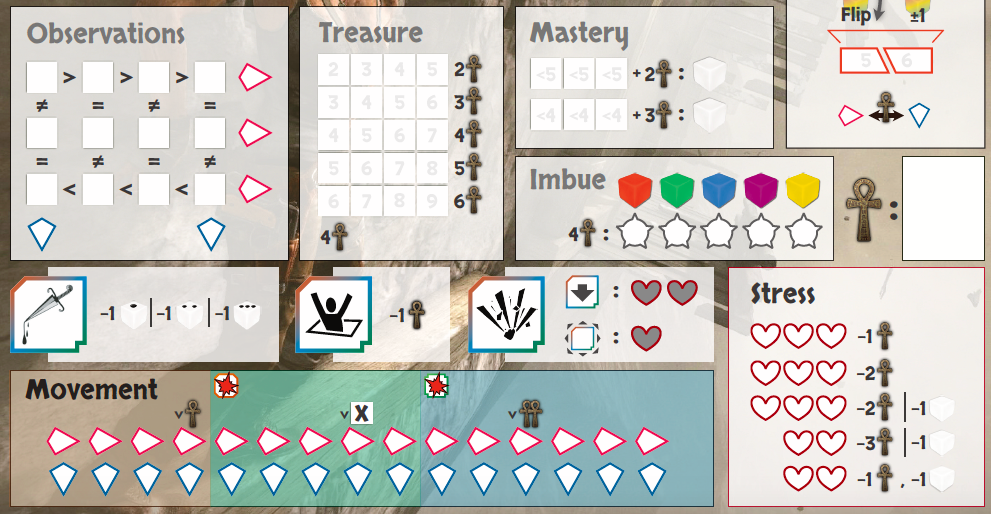 Roll 5 dice for each round.  These dice are shared amongst the players.  Players may choose to write the value on the dice that you have chosen onto the player sheet.  When a row is completed, you get a bonus.  The bonus might allow you to move your player piece on the common board (allowing you to progress in the game) or obtain a powerful ankh that unlocks other powerful abilities.  Players may also choose to use the dice directly to move if the sum of the values of the chosen dice exceeds the requirement for movement.  There are traps laid in the tomb that causes players some form of penalty when encountered. After a certain number of turns, the specific coloured section of the tomb will collapse.  This inflicts damage to the players who choose to linger in these sections.  The first person who reaches the exit wins the game.  If nobody reaches the finishing square within 15 rounds, the player who is nearest to the exit wins the game.

Why should you play Escape from King Tut?

The replay value also shines in this game as the setting up of the trap lies in the hands of the players which makes it highly variable.  This makes the game vastly different every time you play.

There is so much this game has to offer in terms of decision making.  From the engine building aspect to deciding on the direction of movement to avoid traps and other players’ marker in the tomb, this provides so much depth in a single game.  There are sufficient paths to victory so much so that the game draws you back to try another round with a different strategy.

Oh, did I mention there are different modes of playing?  There are solitaire, competitive and cooperative modes to choose from!

All in all, this is a simple to build PNP with a ton of depth.  Test your skills at escape the tomb of King Tut with this free print and play!

Any feedback about the game is appreciated:

Link to the previous entry on “Print-and-Play Spotlight” can be found here: https://randomskill.games/print-and-play-spotlight-word-chain/