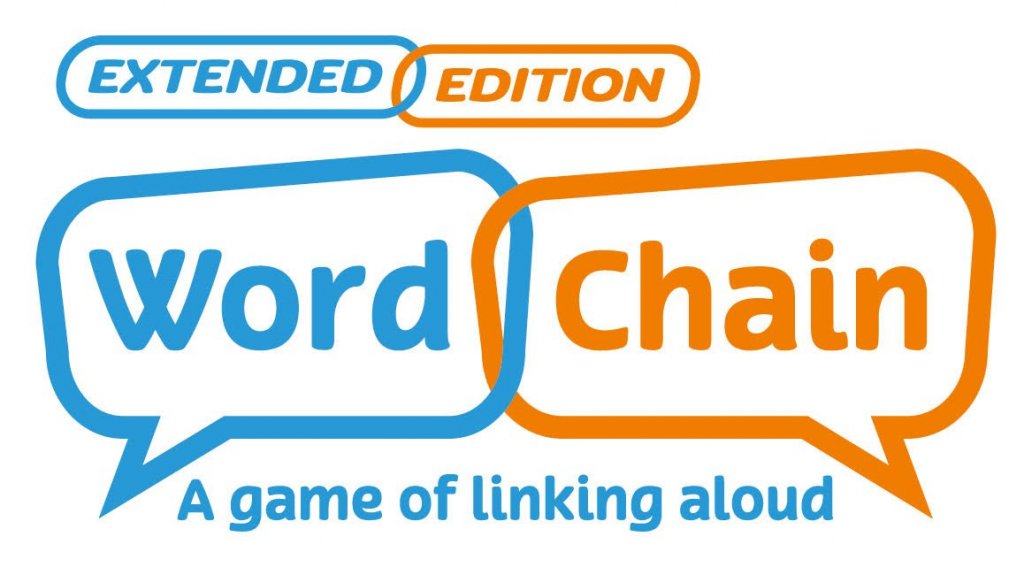 What is Word Chain?

Word Chain is a party word game in which players have to say a word that links to the previously said word, according to the rules shown on the cards drawn. Using just a small deck of cards, the game can also be played solo (no table required).

The Ruler reads out loud Link rule 1 from the top card of the deck. This rule determines what letter(s) the next word must have in common with the Active word. They then take next card from the deck and read out loud Link rule 2 from that card. The other players must then attempt to be the first to say a single word that satisfies both link rules.

Any answer must have at least 3 letters and contain no more than 4 syllables. Any player who says an invalid word may not speak for the rest of the turn. The first player to say a valid word receives the card used for Link rule 2 (which they keep to be scored at the end of the game). The other card is placed face down at the bottom of the deck. That player then takes the deck and becomes the new Ruler. The word they said becomes the new Active word.

Why should you play Word Chain?

First of all, who doesn’t like a good old-fashion word game on games night?!

Having only 27 cards, this is extremely portable for you to bring around.  Despite being small in its footprint, this family-friendly party game packs a punch by providing literally unlimited replay value.  In addition, to give this a more professional touch, Mark, the designer of the game, provided a card box template, in the PDF file, that perfectly fits all 27 cards. 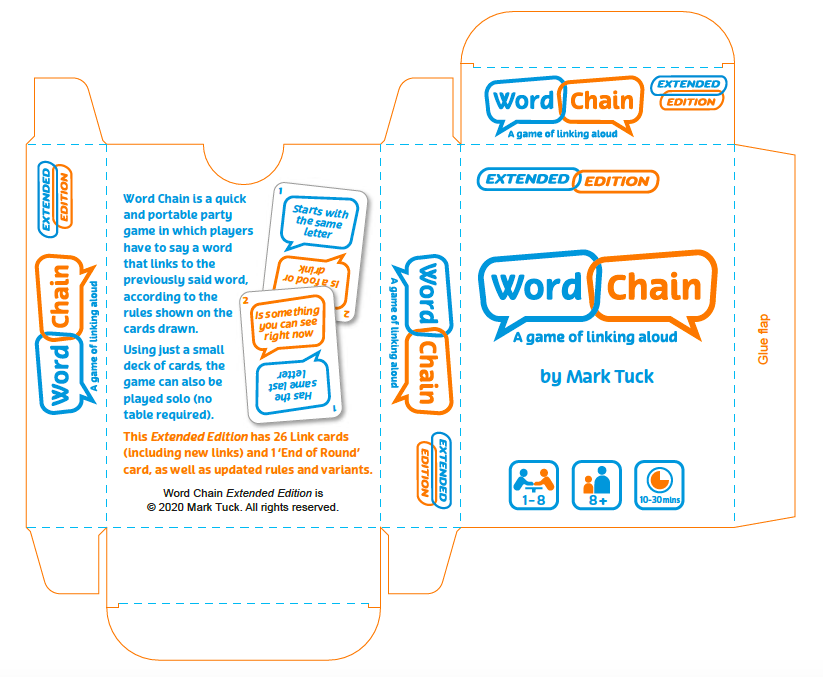 If you think this is purely a party game, think again..

There is a solo variant that allows you to play this on your own!  And this can be played entire in-hand which means there is no need for a table!  This is an excellent travel companion and a great conversational starter if you are planning to stay in a hostel (after the pandemic).

For the price of less than a can of beer, make this card game a mainstay on games night!

Link to the previous entry on “Print-and-Play Spotlight” can be found here: https://randomskill.games/print-and-play-spotlight-alert-all-hands-on-deck/