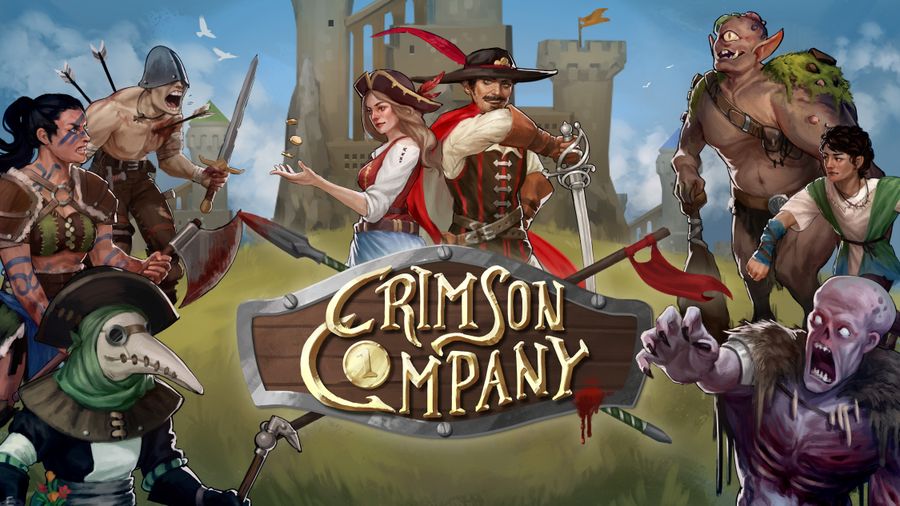 What is Crimson Company

Crimson Company is a card game whereby two opposing players take on the roles of adventurous noblemen in a cut-throat fantasy world. In a battle of wits, they assemble armies of sellswords, from hardened warriors and shady merchants to mythical creatures as old as time to conquer two of the three castles.

Crimson Company is played over 3 phases:

The game runs one of those typical 2-player printable card games whereby players stack a bunch of character cards tussling for the control of the objects of interest, in this case 3 castles (thus 3 lanes), to compare the sum of the strength value of each card stacked in each lane.  More interestingly, Crimson Company allocates effects onto each character card whereby combos can be planned to inflict maximum damage on your opponent.

There is also a bidding mechanism that allows players to bid for the character cards that are laid out four at a time.  When a player bids for a particular character card, the opponent could counter-offer the same amount of coins and keep the card while the bidding player gets to keep the coins that were counter-offered.

The game ends when one player gains control of 2 out of the 3 castles.

Why should you play Crimson Company

In Crimson Company, the essence of the game is to find efficient and cool combos to inflict the most damage on your opponents.  In addition to being the core of the game, this very mechanism contributes substantially to the replay value of the game with over 50 different character cards in play after adding all cards from both expansions.  On top of that, the castle modifiers provide another layer of complexity by adding effects to the particular lane that the castle is on.  With all these in effect, Crimson Company can almost guarantee that you will never play the same game twice.

The variant game modes allow for more varied game play with more players involved.  In the 2-versus-2 team play variant, each player in each team has his/her separate set of coins for bidding.  This allows for a more varied form of synergy among the players in the same team.  In the more intense “Free for All” variant (can be played up to 4 players with the collector’s edition), the game play increases the intensity and player interaction up a few notches as players are forced to forge and break alliances while they fight for the control of the castles.  With this much going on, it is no wonder that the designers, Dario and Fabian, are able to raise close to €100,000 from their Kickstarter campaigns. 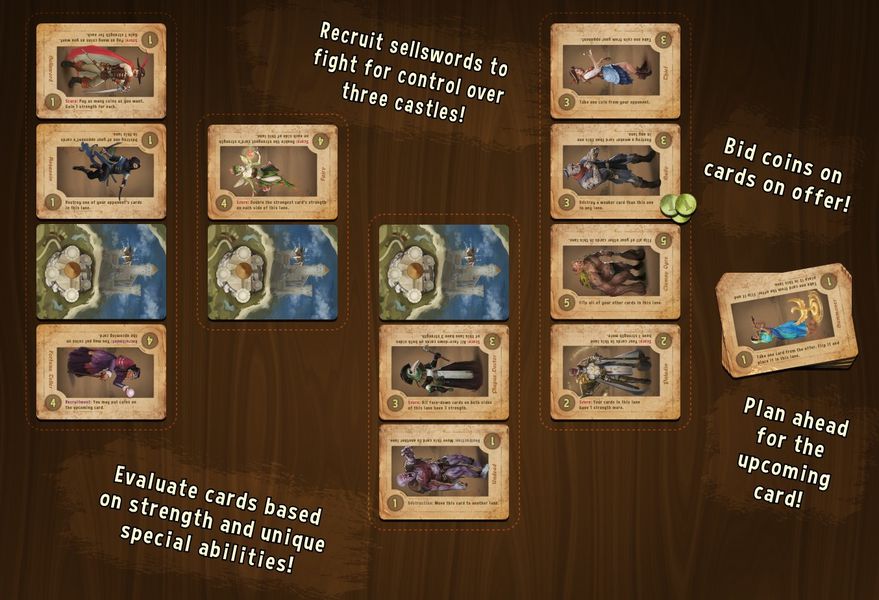 Crimson Company Collector’s Edition will be on a 10% discount from now till 26 Jul 2020:

The base game and the expansions are also sold separately here:

Link to the previous entry on “Print-and-Play Spotlight can be found here: