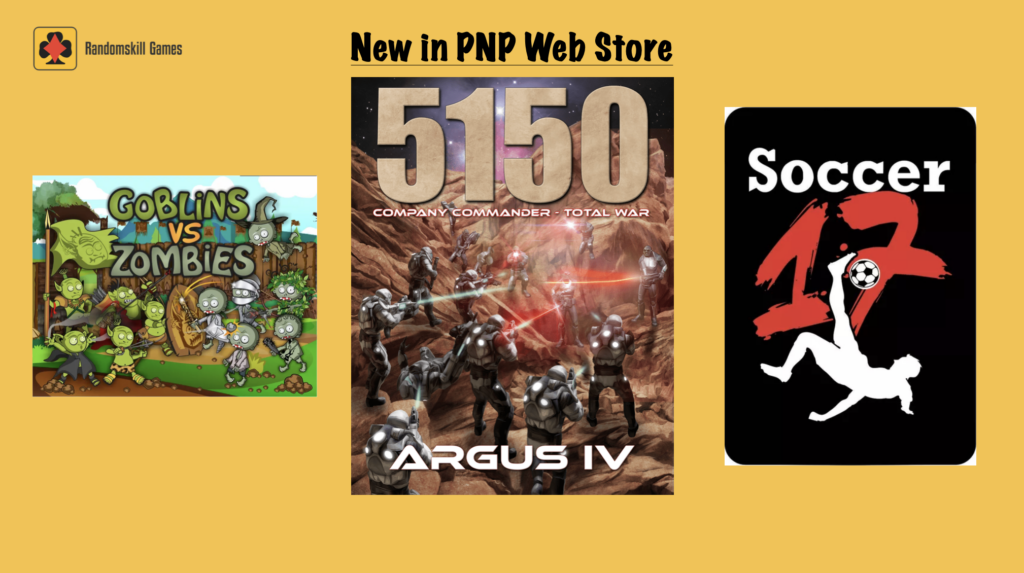 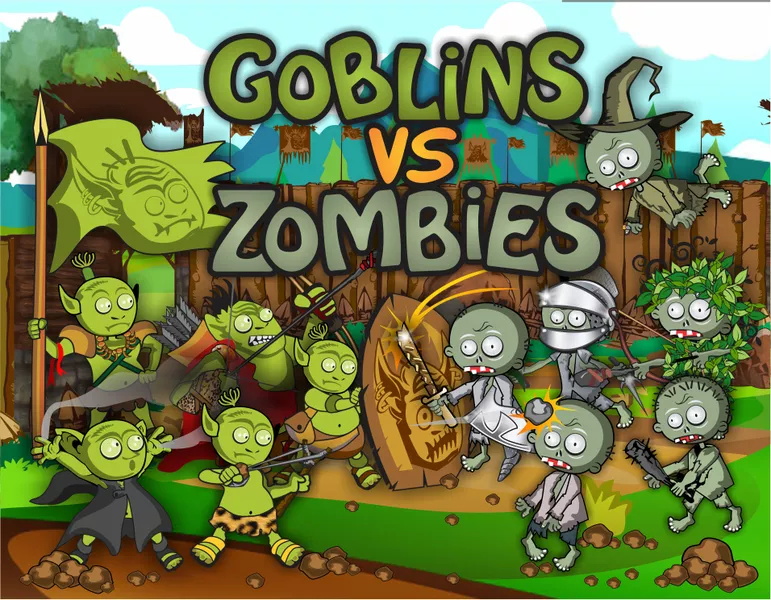 The Zombies will move towards your Village. If a Zombie can go through the Village Gate, you lose. You must coordinate the Goblins to defend your beloved Village. The Village Gate has space for only 3 Goblins at a time, so choose your Goblins carefully!

Goblins vs Zombies is a Tower Defense card game for 1-3 Players. It takes around 15 minutes per player.

The 5 Modes of Play are:
Mode A: Training. A co-op introduction game for 1-3 Players to learn how to play the game.
Mode B: Last Stand. A struggling solo game. Double the Zombie, double the fun!
Mode C: Survival. A competitive game for 2 or 3 Players. Do your best to send the Zombies in your Field to other Field, and be the last Player standing to win the game.
Mode D: The Boss. A co-op game for 1-3 Players. All Players must work together to destroy the Boss.
Mode E: Goblins vs Zombies. A head to head game for 2 Players. Who will win, Goblins or Zombies? 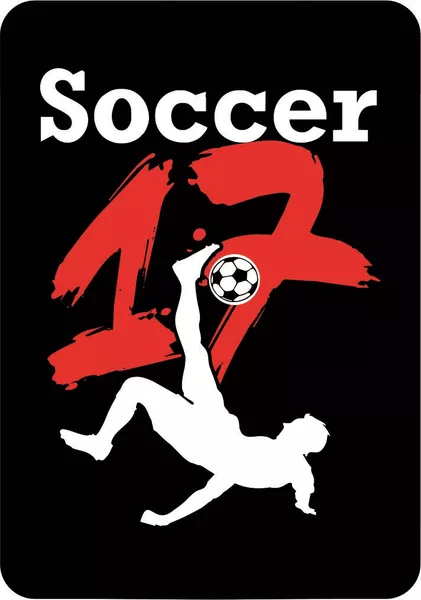 Each Player represents a team in a soccer match. Each turn, represents 3 minutes in the match, each Player plays 1 Action card face down. Attacker may play Dribble / Pass / One-Two, Defender may play Press / Block / Anticipate / Tackle.

Reveal both cards. If Defender can predict Attacker’s action, Defender has taken the ball successfully. If not then Attacker may execute the action, it can be a Shot on Goal, move the ball one Area forward, and/or get a Star (bonus for Shot on Goal).

The Tackle card is very powerful because can defeat both Pass and One-Two actions, but if Attacker plays Dribble then it’s a Foul: Defender must discard the Tackle/Rebound card until the end of the half and Attacker gets a Free Kick or Penalty.

The ball will go back and forth as each Team tries to find an opening to make a good Shot on Goal. A Shot on Goal: Defender holds 6 Chance cards in front of him (so he can see the cards), then the attacker will take the card one by one, up to the Shot’s Strength. It gives a thrilled, scared feeling when the Attacker’s hand moving from one card to another to choose. “Don’t pick this, don’t pick this” or “take that one, take that one” will echo in Defender’s head, and the eye contact will add another layer of bluffing. 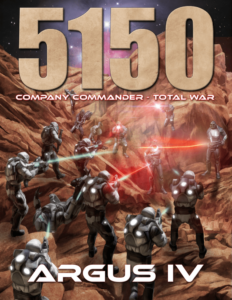 “INDEPENDENCE HAS A PRICE”

Make them pay it.

Argus IV, a small planet in the 4th Ring claimed by Gaea Prime. The inhabitants, well some of them, desire independence and have taken up arms. They have hired Mercenary Free Companies to assist their Rebellion and one can only speculate where the financing is coming from. The Rebels must be defeated, and order brought back to the planet. You are part of a large force deployed for this purpose.

Your Role In the Game

You can play as a Private, Squad Leader (Sergeant) or Platoon Leader (Lieutenant) of Infantry. Play with as few or as many Squads as you like.

Your Job Is Simple

Do whatever it takes to stop the Rebellion. That and…

Argus IV is playable with both Star Army and Company Commander.