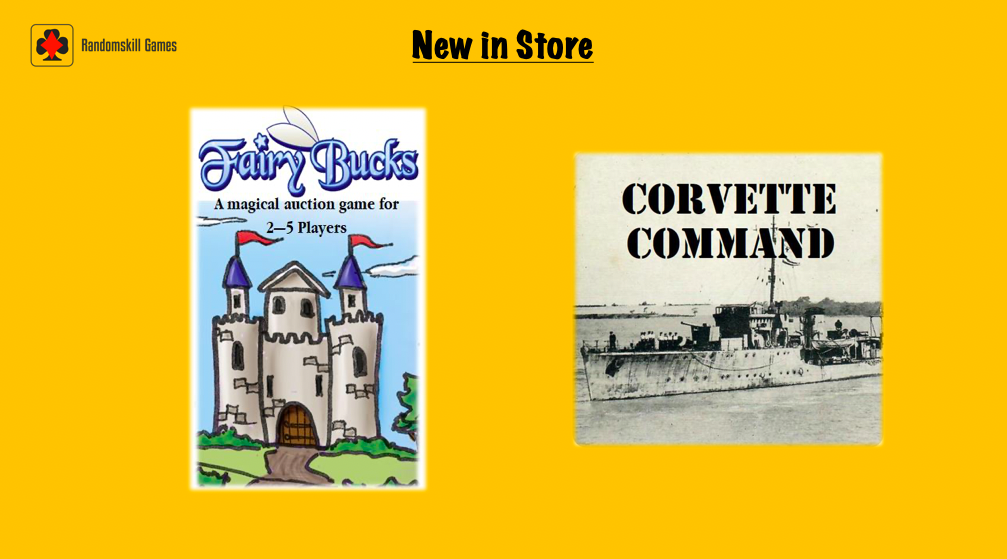 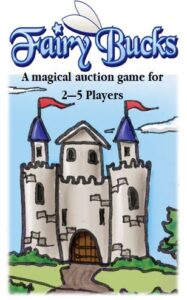 Fairy Bucks
Once upon a time the economy in Fairyland took a turn for the worst. In an effort to raise a little cash, the King decided it was wise to offer some of Fairyland’s most beloved treasures to the general public.
Category: Auction/Bidding, Bluffing 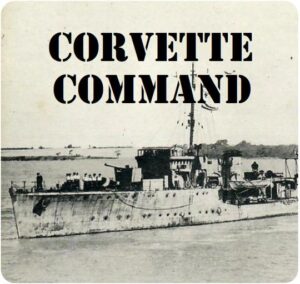 Corvette Command is a strategic level solo narrative generating game giving you the chance to experience the worst that the Atlantic can throw at you while taking on the German U-boats. Your crew starts out raw and with basic skills which they get the opportunity to improve over the course of the campaign. Your mission is to protect the convoy from attack and success is measured by the scale of the losses incurred rather than by how many U-boats are sunk. If vital supplies are lost then this can impact on how quickly new technology becomes available to you such as radar and HF/DF detection.

It is May 1941 and the Battle of the Atlantic is reaching a critical point. The Royal Canadian Navy has extended its convoy cover eastwards and the Royal Navy has pushed their cover west so that convoys are now escorted the whole way across the Atlantic. For the purposes of game play only these two forces have been combined and you command a single Flower Class Corvette all the way across the Atlantic. Although the “Escort Gap” has been closed the “Air Gap” remains. The escorts are still waiting for the arrival of ship borne radar and spotting surfaced U-Boats and keeping station on convoys in the dark and poor visibility is still reliant on the lookouts. Ship to ship communications is also via signal lamps and flags and occasionally by loud hailer. The game ends on 31st May 1943.

This is a free print and play game that can be played in a small footprint with optional advanced rules that enable you to play a quick set up one-off game or a two player game and introduce greater level of detail. If you enjoyed Nicholas Monsarrat’s book or film “The Cruel Sea” then don your sea going gear and head out into the Atlantic.