The Way of the Avatar 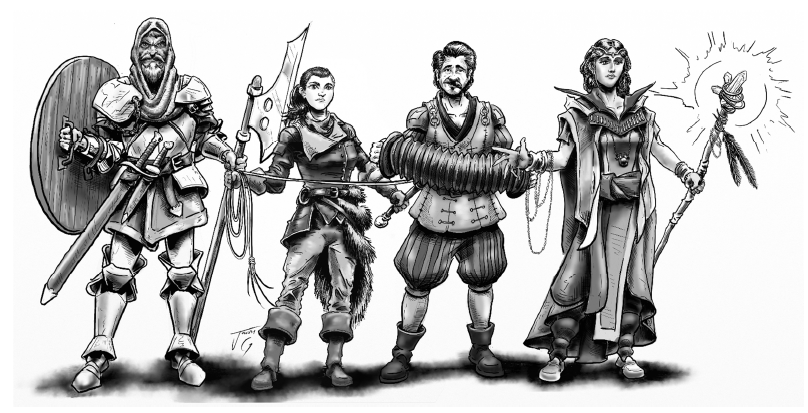 As the Avatar, it is your duty to serve the reigning Lord of Britannia. It is your passion to strive for mastery of each of the eight virtues. It is your quest to tame the dungeons, each representing its own sin.

The game consists of rounds, each round the player will do the following action items until the end game goals are reached.

Fame and Karma are awarded or taken away depending on the results of THE TASK and THE DUNGEON. As the Avatar increases their Fame, they can use it to increase their power. For every 5,000 points of fame obtained, the Avatar can advance one stat to the next value shown. Refer to the Avatar section for more information. Karma can be traded for combat re-rolls or temporary bonuses, see Karma Allocation. Track the Fame and Karma in the allocated space on the play sheet paperdoll. Karma can be negative, but it does not affect the Avatar.

After all records have been kept and any combat is resolved, start the next round of play.

The Way of the Avatar