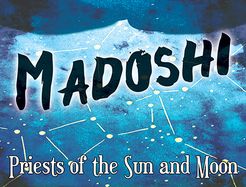 The land itself—the rocks, trees, mountains, and rivers—are infused with latent magical energy. This energy needs only a focus to give it life. The Sun and the moon struggle with each other to give the Mononoke life. The sun rises and grows in power, while her influence is strong her priests manipulate the elements of nature to lure Yokai to do her bidding. As the day grows long, she weakens and soon sees that she is not alone. Surging with the darkness is the Moon, who also has plans to use the spirits and ghosts on this plane. The battle will rage on. As the priests of the sun and moon pivot for advantage. A 1 or 2 player ½ hour game where you will assume the role of priests of the Sun and the Moon taking turns to capture Yokai. Play occurs on a 5×5 grid with players swapping one token to create a pattern of elements matching that on the available Yokai cards. More power is gained with matches in the source element. After capture, there is a release of magical energy and the field of battle will change as a result. Voids are created, wild magic appears, or the universe could shift.

Three levels of Yokai cards are placed next to the game board, and when one of the decks has been depleted, the game ends. Most points wins. 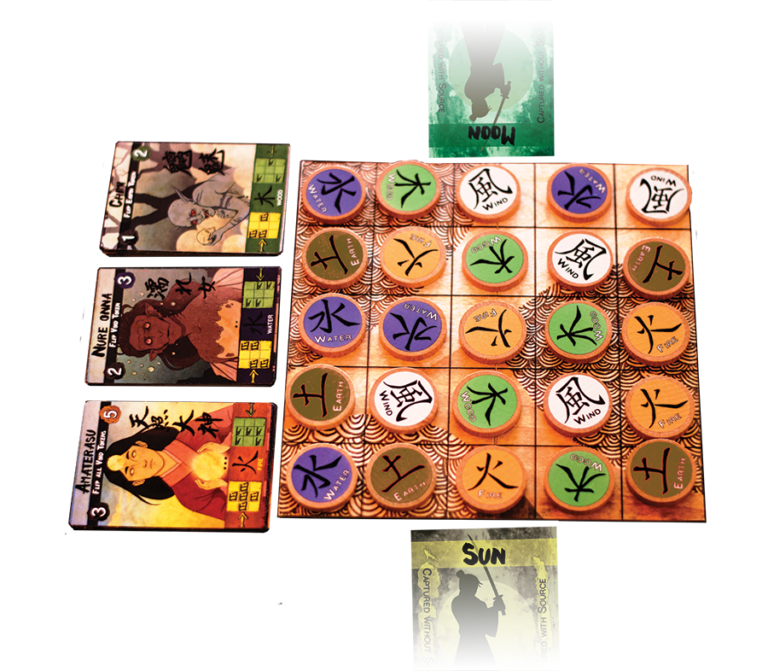