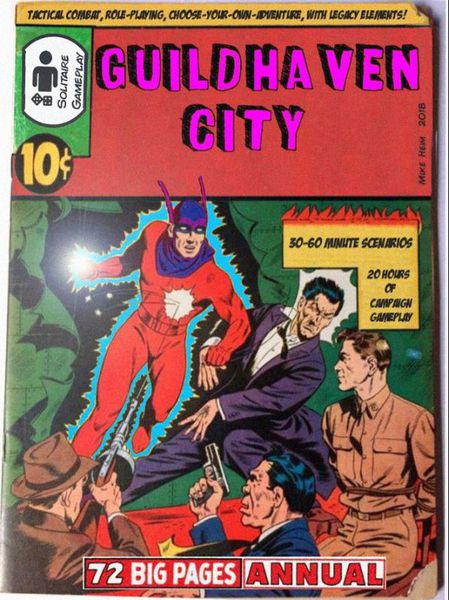 Guildhaven City is a solitaire tactical combat game that puts you in the role of a superhero you create from the Golden Age of Comics. The game mechanics are somewhat similar to that of Gloomhaven by Isaac Childres.

A game session of Guildhaven City consists of reading from the Plot Book and finishing a 30-60 minute scenario. Each scenario is unique and forces you to make decisions that will alter your campaign path and make changes to the Guildhaven world. Once you complete a 20-hour campaign, you can replay the game with different powers and make different decisions, making Guildhaven City highly replayable.

This game was entered in the 2018 Solitaire PnP Contest where it won multiple awards.