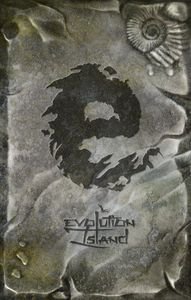 The Island rose from the sea, growing quickly. Its high mountains, dense forests, vast plains and burning deserts attracted animals: insects, amphibians, birds and mammals. Will one island be able to sustain it all?

Evolution Island is a tile managing and card drafting board game for 1 player aged 12 and up, that can be played in 20 to 30 minutes.

Player will use drafted cards to place and move tiles in course of 15 turns in order to help evolution rise one dominant animal species and one dominant land type on the island, all the time trying to preserve ecosystem by avoiding extinction of remaining species or disappearance of some land types.

Goal of the Game

Player’s goal is to help evolution rise one dominant animal species and one dominant land type on the island. Player wins if at the end of turn 15 island consists of at least one 8+ Herd AND at least one 8+ Habitat. If either Habitat or Herd (or both) is missing, the player loses the game.

Game is played in the course of 15 turns. Each turn consists of 4 mandatory actions (players are obliged to perform all 4 actions in order and have no right to skip any of them, even if all possible outcomes are negative for their island):

1. Play 1 Island Tile: take one Island Tile and one Change Card from the display. Place Island Tile in such a way that it is orthogonally connected with at least one previously placed island tile. Tiles can’t overlap and you are not allowed to put one island tile on top of another tile.

4. Refill display: As the final action each turn, draw 2 tiles and 2 cards from draw piles and put them face up in your display. You are now ready to start next turn.

Game ends after 15 turns, when player is no longer able to refill display in step 3. There should be 19 tiles on the island at that moment.

Once you finish the game, check if your island satisfies victory condition based on the mode you selected to play. If the victory conditions are met, calculate your score using Scoring sheet and rules described below. Good Island should score around 50 points.