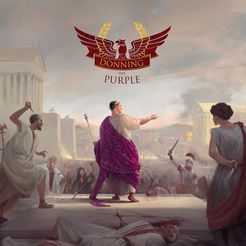 It is the year 193 AD. The Roman Empire is not as great as it once was. Hordes of enemies are crossing the borders, famine spreads throughout the provinces and the political intrigues are tearing the empire apart from within. The previous emperor was killed by his own Praetorian bodyguard and has left a power vacuum that the powerful families in Rome are trying to fill. Are you ready to don the purple yourself and take on the stressful job as emperor? If you fail, the other families are ready to take over at a moment’s notice. While they wait for your doom, they won’t hesitate to backstab or undermine you as much as they can. However you all have to work together as the fall of the Roman Empire is closing in.

Donning the Purple is an asymmetrical king of the hill game with a bit of worker placement. Each player leads a powerful family in ancient Rome, trying to get the most victory points during 4 rounds. If your family member becomes the emperor and manages to hold the position he can earn lots of points. However he will also become the target of the other players as they will try to dethrone him and become the new emperor themselves. 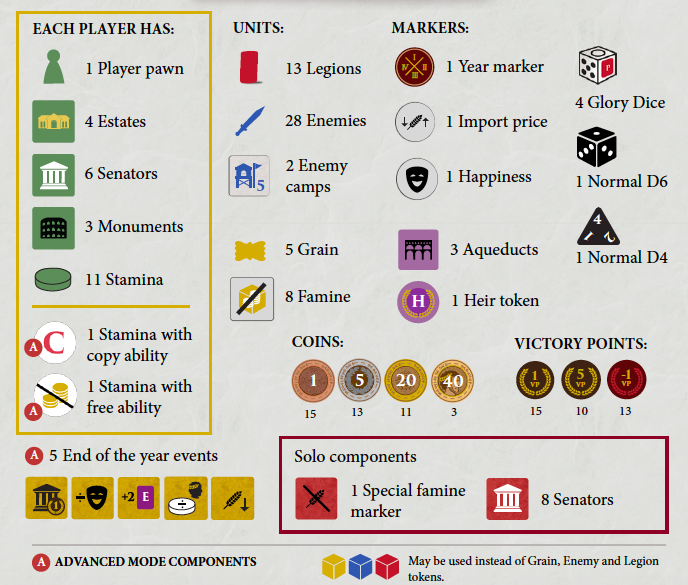 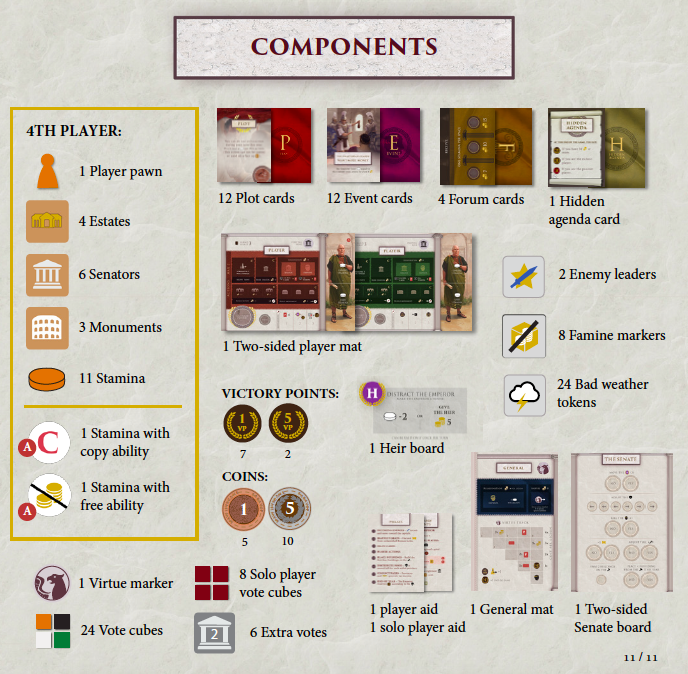