Set in the near future (as imagined 70 years ago), Zone Runners is the number one show on TV.

You control a team of three contestants attempting to make it to the end of a series of narrow pathways that hover high in the sky.

At random intervals gaps appear in these tracks, over which the runners must jump, or otherwise fall onto the pathway below. Wait too long and the track will start to collapse behind them. And large mutant creatures, known as blockers, are also waiting to try to stop their progress.

You’ll be rolling dice and deciding how best to assign them so that each runner has the best chance of progressing. Runners also have special abilities that can modify their dice score.

To win the elusive 100 credits prize. The game has 3 levels, each consisting of 3 tracks (high, mid and low), divided into 7 Zones (the cards). Runners who successfully reach a level’s End Zone are awarded points (credits), depending on the height of track and the level. 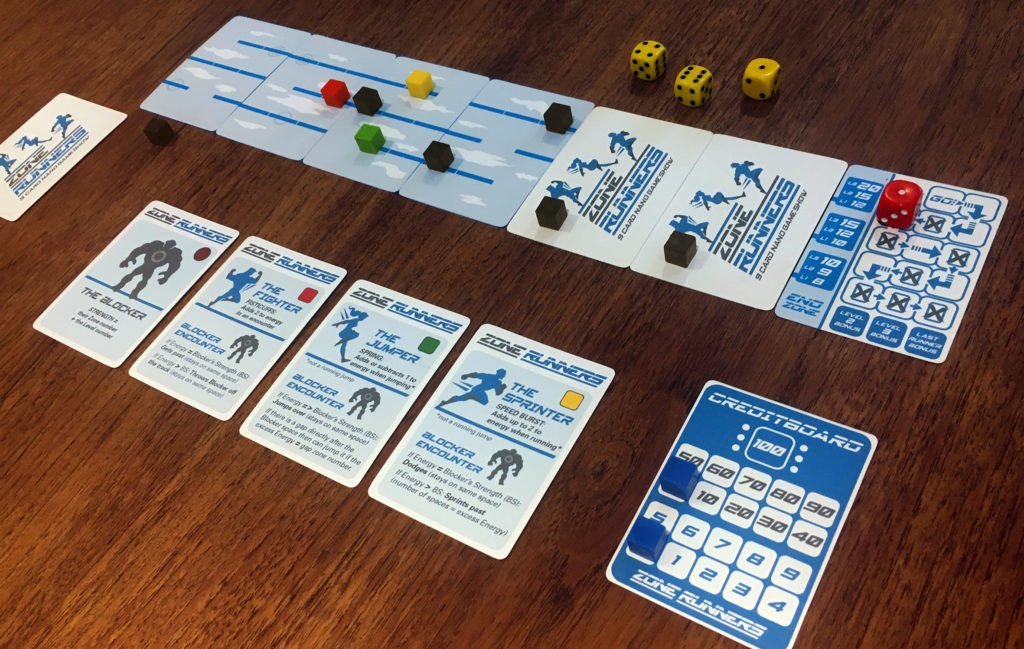