Design and written by: Aaron Carlson

Tiny d10: Fantasy Core is a simple tabletop roleplaying game designed for use by one game master and two-to-six players. It requires just a single ten-sided die (d10) and some pencils & paper. In return, it will provide endless hours of dazzling heroics and tremendous dangers in epic lands of fantasy.

This volume consists of three separate books: Fantasy Core Rules, which introduces both players and game masters to the character creation process and game rules; Fantasy Monsters, which contains a wide range of monsters for use in virtually any fantasy adventure; and The Broken Light, a fantasy adventure in which characters become stranded on a mysterious island where “as above, so below.” 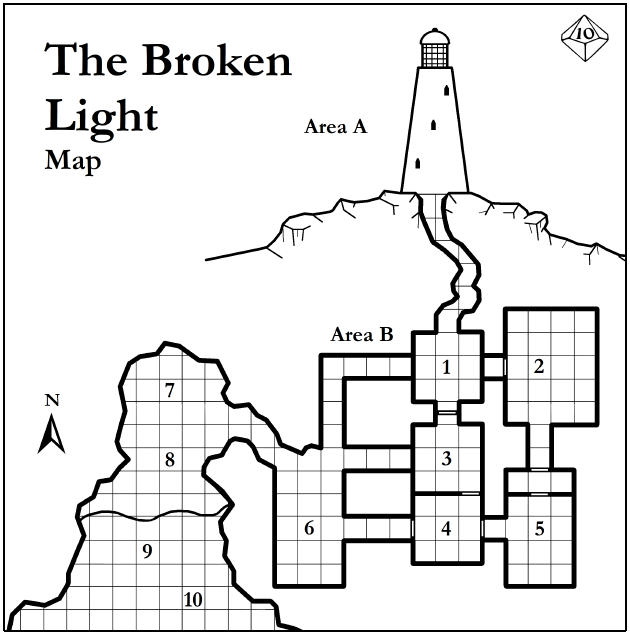