Robo Junkyard is a fast-paced game about getting rid of all of your cards (junk) faster than all of the other robots! Count cards and strategize, push junk onto other robots, or just blow up the pile entirely. Do what it takes to get those shiny victory credits!
description from the publisher’s website

Robo Junkyard is a card shedding game. Each player chooses a robot which has a 12 card deck associated with it. Each deck is identical except for one card unique to that robot. Players set up by placing four cards in their Extra Stack (cards in the Extra Stack will be added to a players hand later in the round), one card in the Collection (a shared pool of hidden cards that players don’t need to get rid of), and the rest of the cards in their hand.

Gameplay consists of players taking turns playing cards into a pile in the center of the play area, or, if they cannot play a card, picking up the pile and adding the cards into their hand. Each card has an ability that might do things like blow up the pile, skip player’s turns, or tamper with cards in the collection.

Players who get rid of all of their cards earn victory credits. The first robot to receive six is crowned the winner! 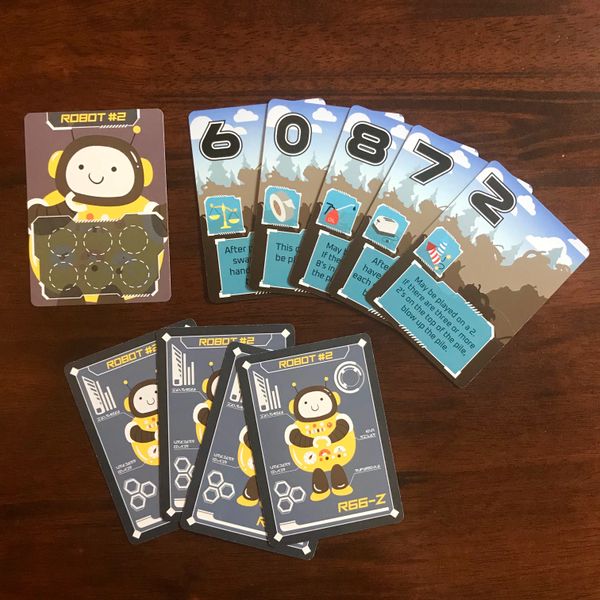 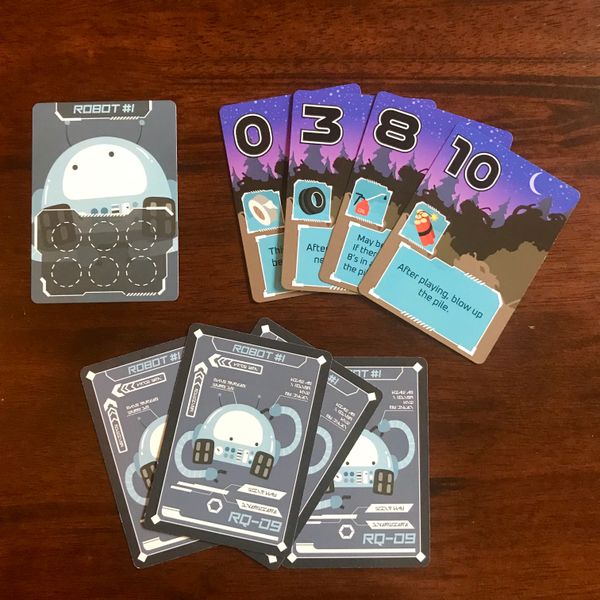