But now comes the hard part.

The Quantum Loop is a test. In this simulation, the reward for winning is continued existence. The punishment for losing is deletion. We’ve been running this sim for a few minutes now, so that’s approximately 13^7 deleted programs so far. But don’t let that get you down! We are getting some exceptional data from every run you programs complete.

I see you are already starting to look through your code, that’s great. I like the initiative. There are two ways to win:

And it’s go time! Get in there and make us proud. Oh, and uh, pick a new filename too!

In Quantum Loop , players are programs competing with each other to win the simulation. To do that, they’ll need to race around the loop manipulating and activating modules in order to override the system or disable their opponents. Modules can trigger other modules, resulting in a chain of events that can turn the tide of battle in a nanosecond! 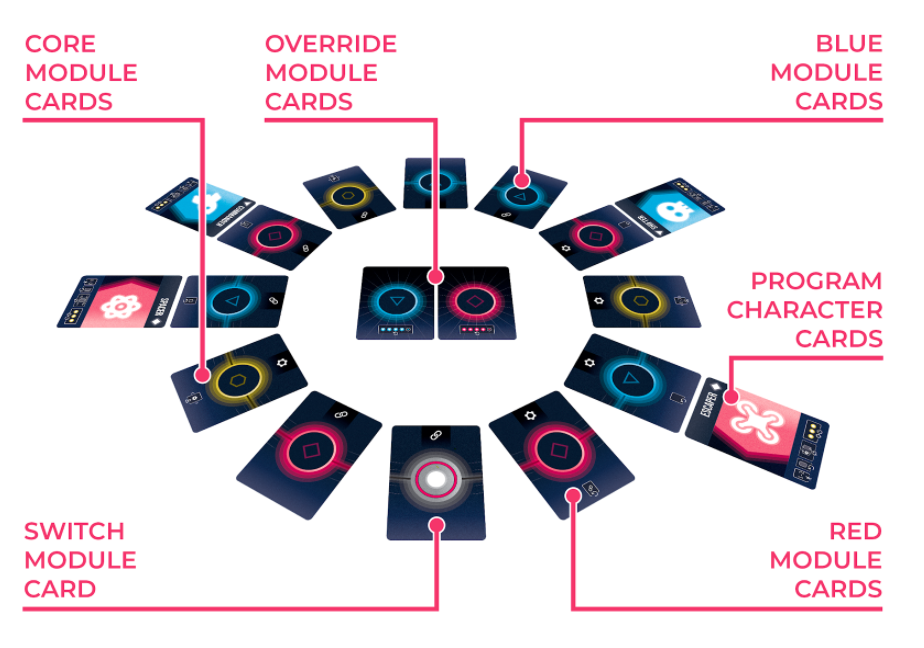