Players simultaneously build their own island and score points based on Important Landmarks, the biggest island, and the fastest completed island.

Take two cards and shuffle them below the table.  Put them in the middle of the table in any orientation.

Each player takes 4 cards and places one of them as his starting island.  Starting island is marked with the Monument on gray field.

Each player checks symbols on the bottom left corner of both cards in the middle of the table.  Those are Landmarks that will be scored at the end of the game.

When everybody is ready, they simultaneously starting building their island. Each player tries to make his island by overlapping cards.  Island consists of orthogonally adjacent squares.  Squares that touch your island by a corner only are not considered to be part of it.  Only one building of each type is allowed on the island. 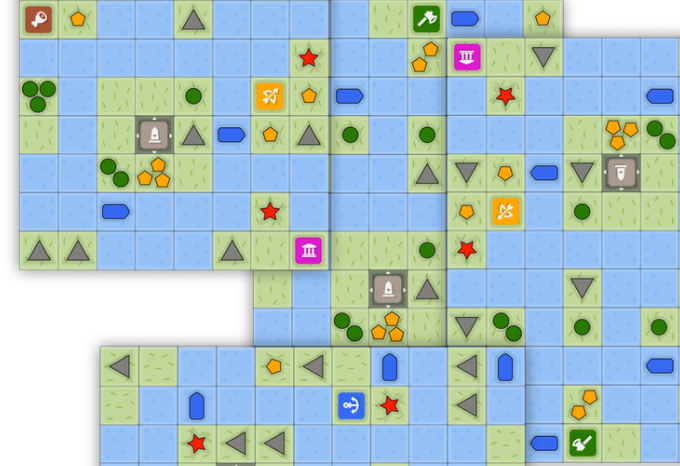