Long Live the King is a strategic card game with Secret Identities, Deception, and Murder. The theme of the game is built around the balance of Power in the Middle Ages.

In every game two of the players will be either the King or the Assassin, while the rest of the players’ roles are randomized. The Assassin is trying get enough Might (A card suit) to kill the King, while the King is looking to Accumulate Power(A Card Suit) to maintain control of his Kingdom. Everyone has their own unique win condition and some roles even have a role specific special operation.

During the game you’ll be accumulating resources to achieve your win condition while trying to keep your role secret. You will sabotage others, steal their cards, make trades, and ally with players. It’s a simple game at it’s core that is has an incredible level of layers that you uncover the more you play the game.

The design of this game was inspired by other great secret identity games like Secret Hitler and Coup. We wanted to create a game we could play regularly that inspired table talk, had many layers of game-play, and left you with those memorable win moments. It is fast paced in nature and because of rotating roles, no game is ever the same. 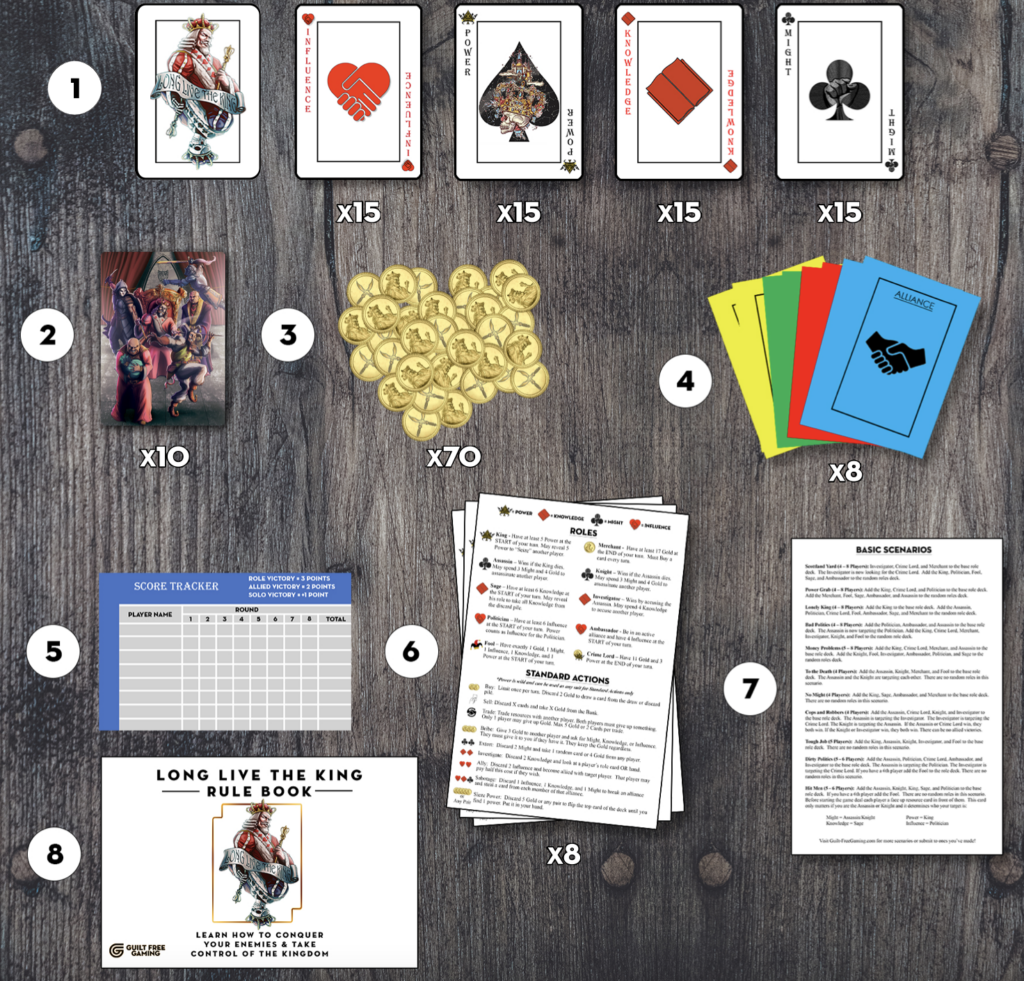