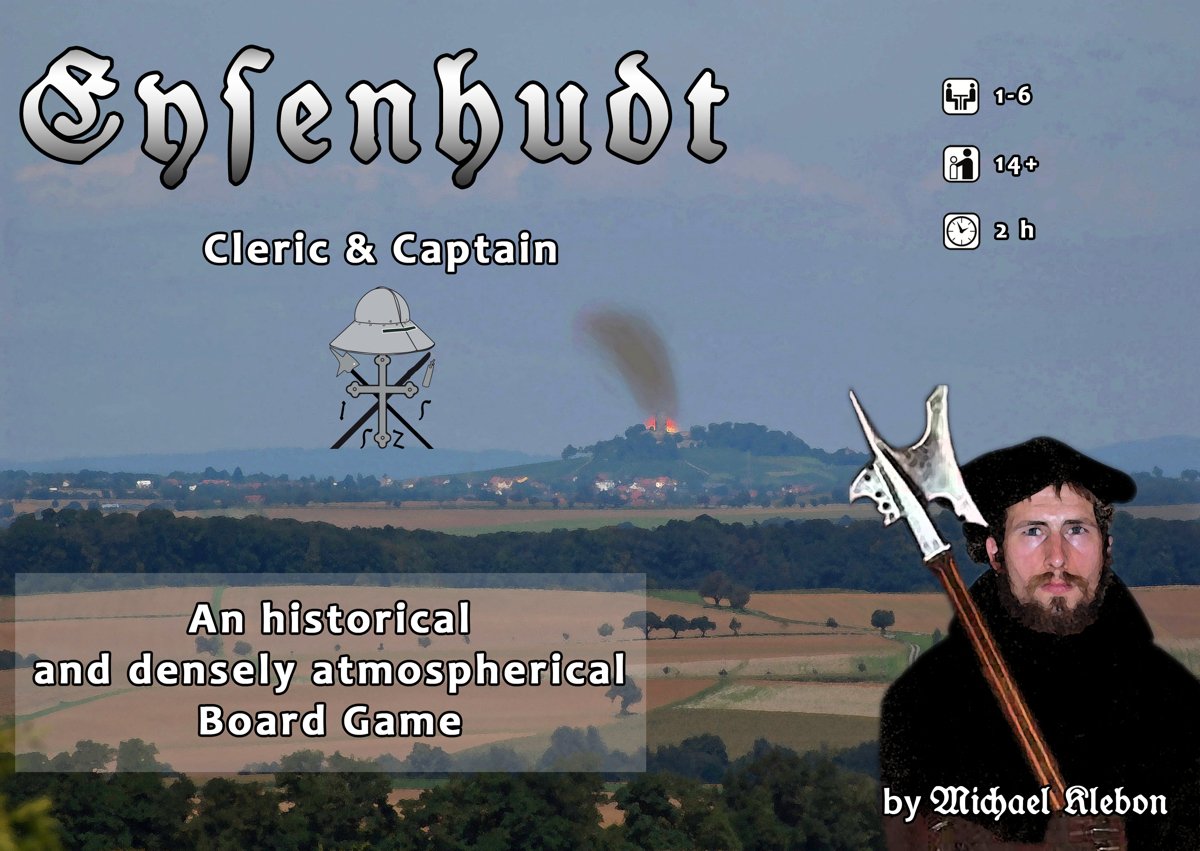 Eysenhudt is an historical and atmospherical board game, which absorbs you right into the middle of the German Peasants’ War (about the year 1525 – the doorstep between the late Middle Ages and the early Modern Era). As a minor leader of the revolutionary movement (in a rather remote theatre of that war) you conduct all sorts of tactical and strategical operations – all with the aim to steer your troops in the best possible way through the excited and exciting (though perilous) times.

Each round a player chooses one of the six basic Offices: Go, spread the word of the reformation as a »Prediger« (Preacher) to make the countless »Dorps« (villages) more valuable for the revolution’s cause (and to score Victory Points on top of that). As a »Rottmeister« (~ corporal) win over those Dorps – they are your (and your fellow player’s) supply bases in food and units. As a »Trossweibel« (Whore’s Sergeant) increase the storage volume of your wagon trek to store and transport your Food Barrels and various goods. Gather food as a »Proviantmeister« (Furir) and store the barrels in your wagons. Deploy new units (of various military and diplomatic uses and worth in Victory Points) as a »Werber« (Recruiter). And as a »Beutemeister« (~ purser) you might also want to visit one of the various markets where you can trade your booty into all sorts of useful equipment. These six basic Offices are closely linked together. More variability and depth (historical and tactical) are added by the »Eysenhudt Cards«, which can be chosen instead of an Office. Those cards represent tactical or strategical orders from your captain: Anthonius Eysenhudt. 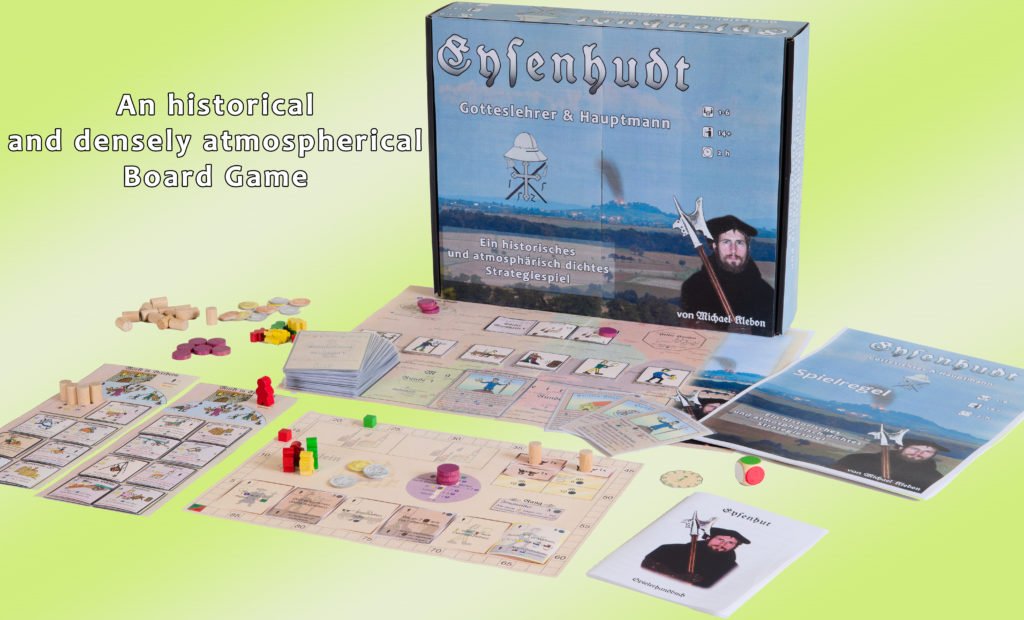