Djinn’s Game is a light tug-of-war style game for three players who each assume the role of a greedy Djinn. Using the Djinn’s command over the winds, players attempt to collect a variety of coins falling from the sky. As the Djinn battle, whirlwinds rise and fall in the desert sand, changing the direction of the falling coins and your ability to collect them.

In this game you and two other players take the role of three mighty Djinns who are quarreling over a multitude of coins falling from the sky. Command the wind and blow the coins into your hands, but be careful! The more you focus on one side, the weaker you become on the other. As you fight over the coins, whirlwinds will rise and fall in the desert sand, further affecting the falling treasure. 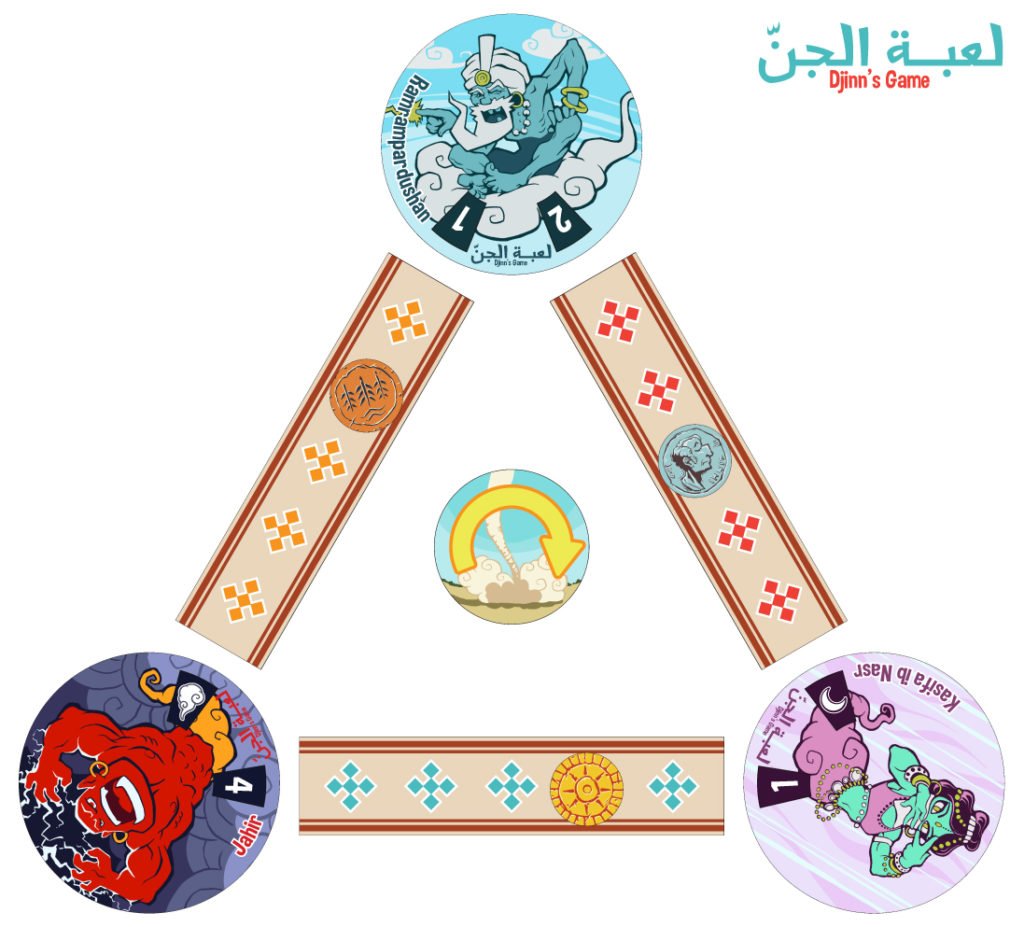