A VP-collection game with a unique moving-target mechanic that provides a good amount of player interaction, a bit of take-that and just the right amount of luck.
Each player controls two ships: The pirate ship can bury treasure, which becomes a target for other players to dig out, and can attack other ships to steal from them. The sailing ship must move onto landmarks on the board using limited movement dictated by a “wind” die, while being also a target for attacks.
Both the treasure and the actions players can use come from chits drawn from a bag throughout the game.
You win by having the most points in hand, buried under your treasure markers on the board, or from collected landmarks.
The game can be played from 2 to up to 6 players.

Spanish and Portuguese version available!!!
No physical products will be shipped. This listing is for an instant download only. 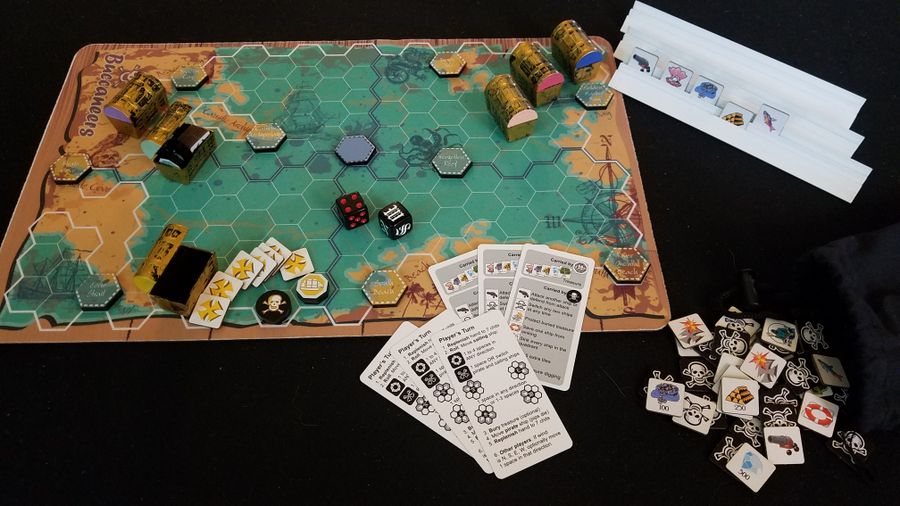