Darkness is a strategy card game set in ancient Northern Europe where druids vie for control of powerful artifacts. It’s a simultaneous action game where players play a progressing amount of colored cards in order to acquire unclaimed artifacts and relics, in a complex, and fun game of prediction, observation, and thought.

Game play takes place over the course of six rounds. In each round player try to acquire cards that give them end game points, and special abilities. The objective of the game is to score the most points at the end.

Each round is separated into four phases. In the first phase, players place three of their colored cards from their hand in front of them, face down. Then everybody reveals their cards.

Next, everybody places two cards down in front of them, and then reveals those. Then players play one final card face down and reveal that one, for a total of six revealed cards. Finally, there is a resolution phase where the players determine who has the largest amount of dominant, and sub-dominant colors for each of the available artifacts, and they are divided up accordingly.

Players have the same hand of 15 cards throughout the course of the game, thus limited luck. The 15 cards a comprised of five colors, with three cards of each color. Once a card is played during a round, it is put back in a player’s hand at the end of the round and can be played again.

On each artifact card this is a dominant, and sub-dominant color. The card goes to the player that has played the most color cards that match the dominant color. In the case of a tie, the player with the largest number of color cards played that match the sub-dominant color gets the card. The reason the game is complex and fun is, there are many different dominant and sub colors on the board at the same time, and people have to predict what other people are going for based on set collection, and the optimization of color specialization.

The game ends after six rounds. The person who wins is the person with the most number of points, which is determined by how much of a type a player has in each of their sets, and how many gem relics they have.

This is for instant download only.  Not physical product will be shipped. 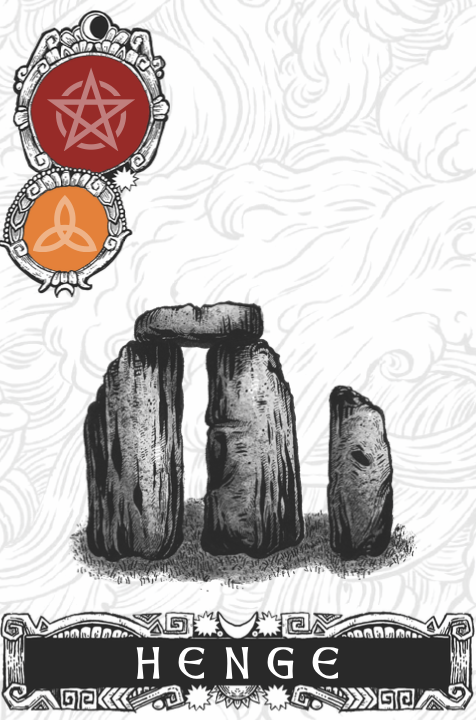