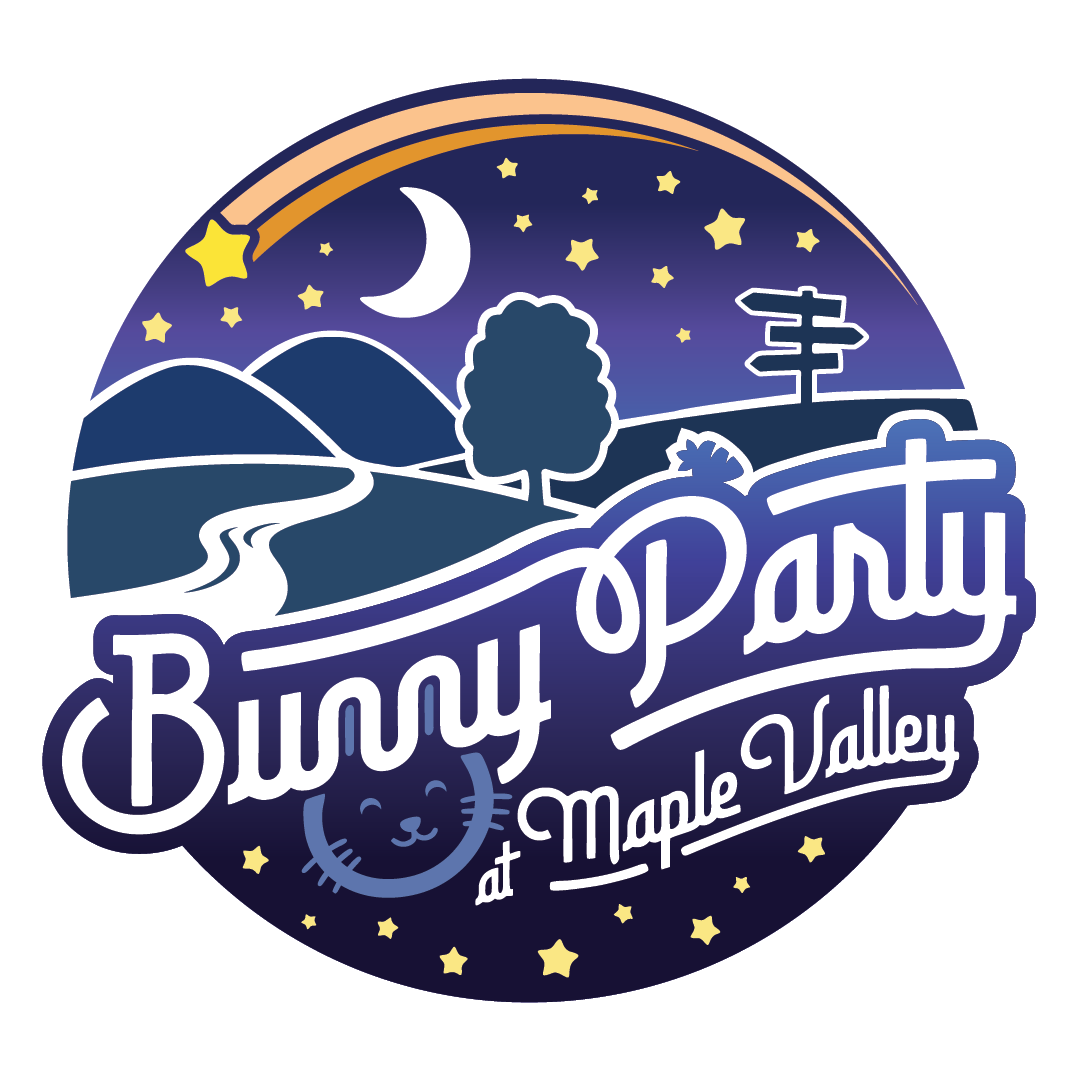 You’ve come to visit Maple Valley at a very special time – the Night Sky Party is approaching! Play as a bunny furiously trying to decorate for the party and have the honor of hosting.

Here’s the catch – two players win this game! So helping out your neighbor can be very beneficial.

At the beginning of each turn, players will draw 2 cards (3 on the first turn) and a trade token. Then, each player tidies a card by discarding it, or giving it to another player at the cost of a trade token. Each player then drafts a villager to help them decorate the for the party for that turn (villagers may help get you more cards, trade tokens, or other benefits). After each player has a villager visit them, it’s time to play cards. Item cards are played in front of players and events have have a one time effect and are then discarded. Each player plays cards one at a time until no one has any cards left in their hand, which means you’ll have to play your cards even if they aren’t so great (like an ugly family heirloom!) After all cards have been played, two players may trade items in front of them if each of them spends a trade token to do so. Two types of items, moon and star decorations, are very important items because they are the victory condition, so be careful how you trade them. 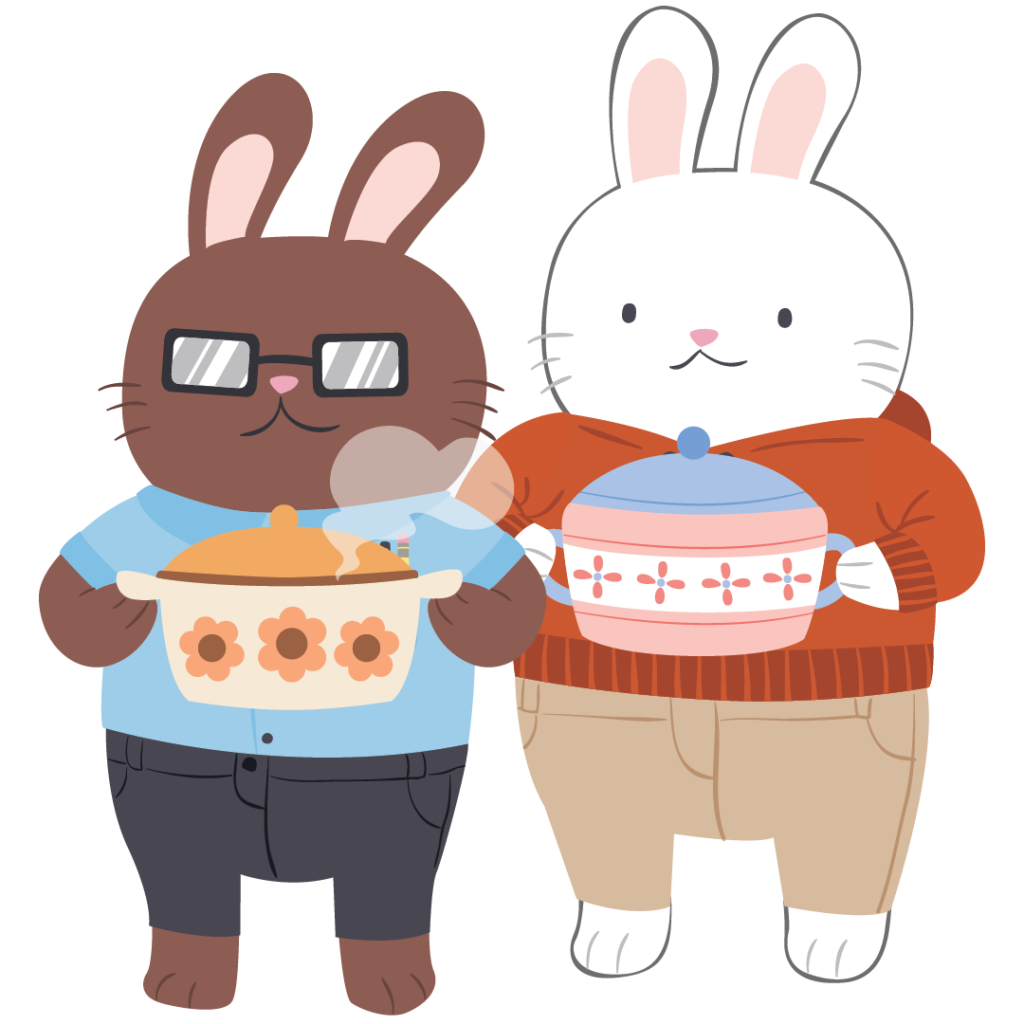 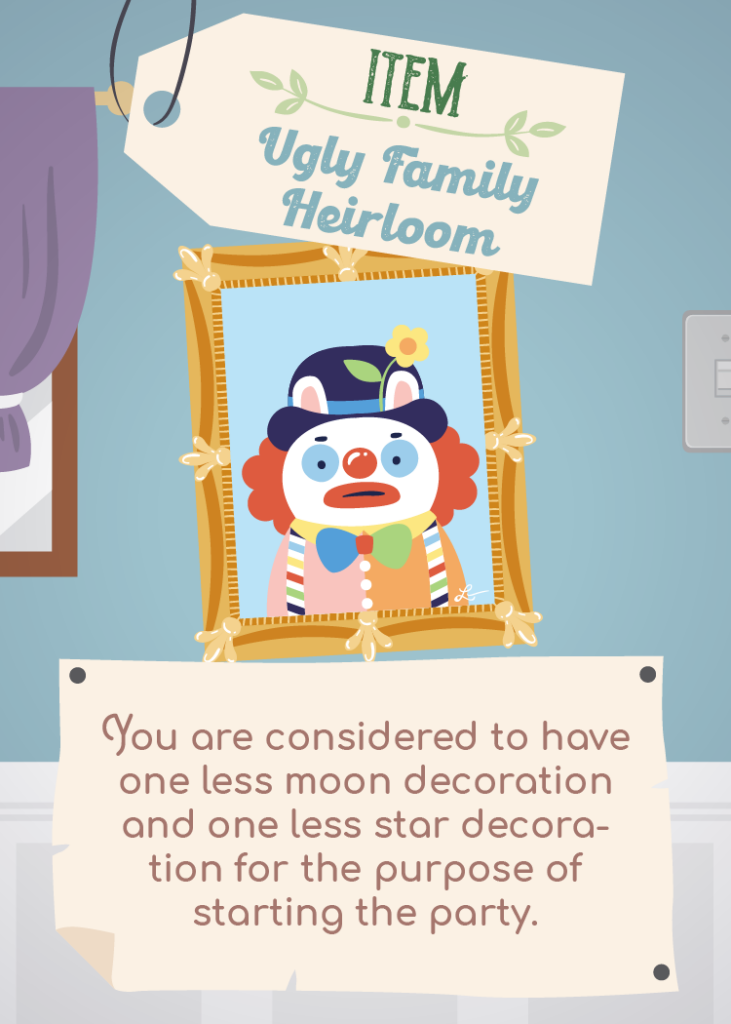 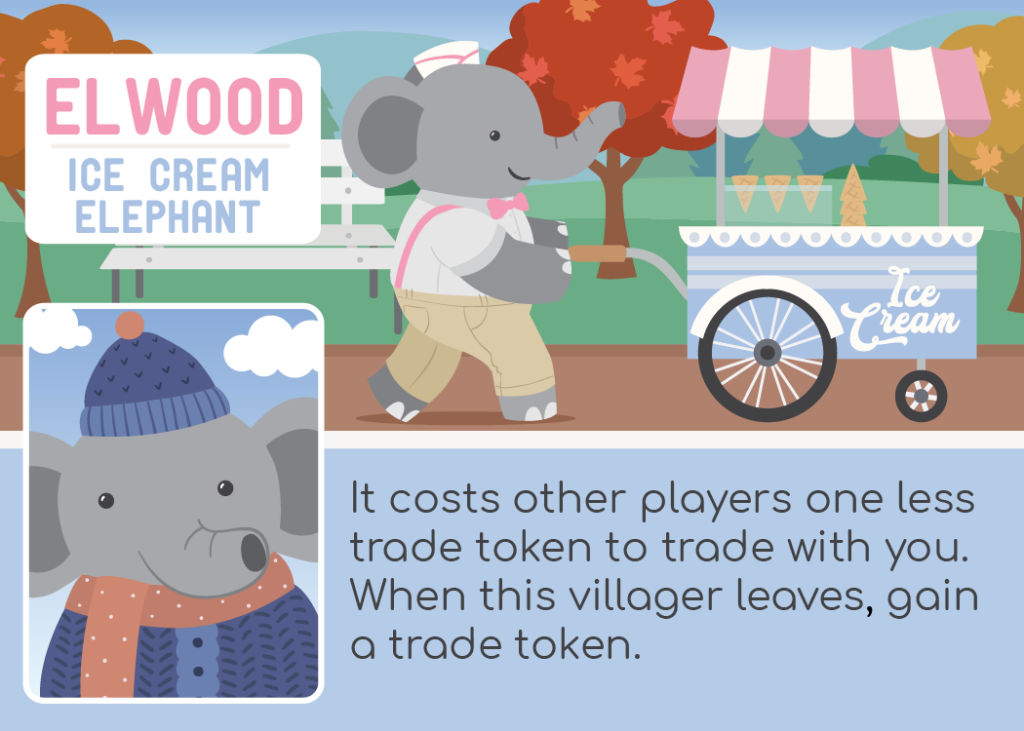 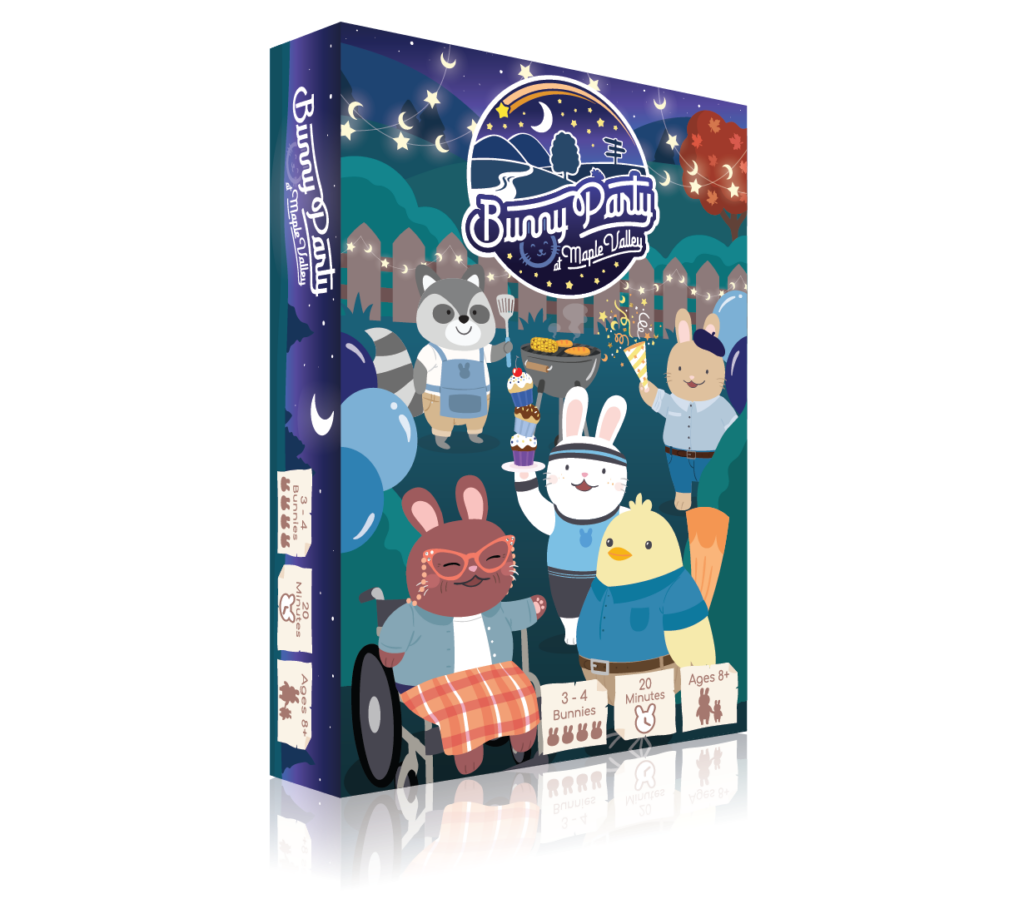