You know the scene; some time after 12, the back alley of a shady part of town, two rival gangs meeting to battle it out in a turf war.

Each gang six thugs, each thug a different story, but all equally as fierce and deadly.  As gang leader, recruit your thugs in each round for a battle for domination.  Who will be the winner in this acrimonious war?

Let’s settle this once and for all… 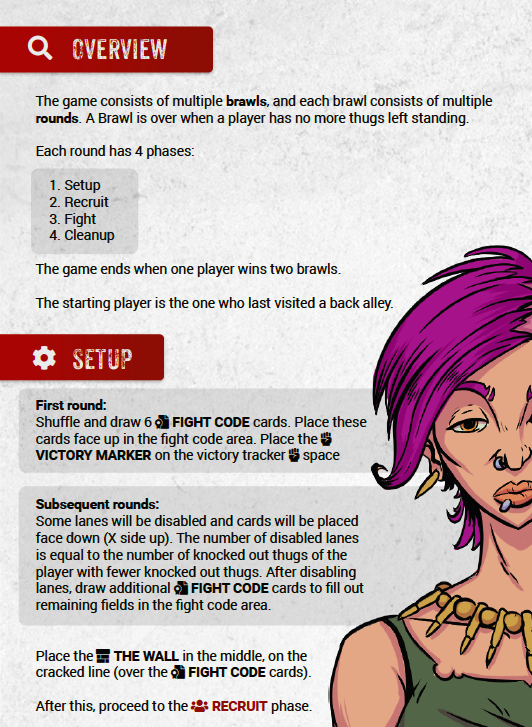 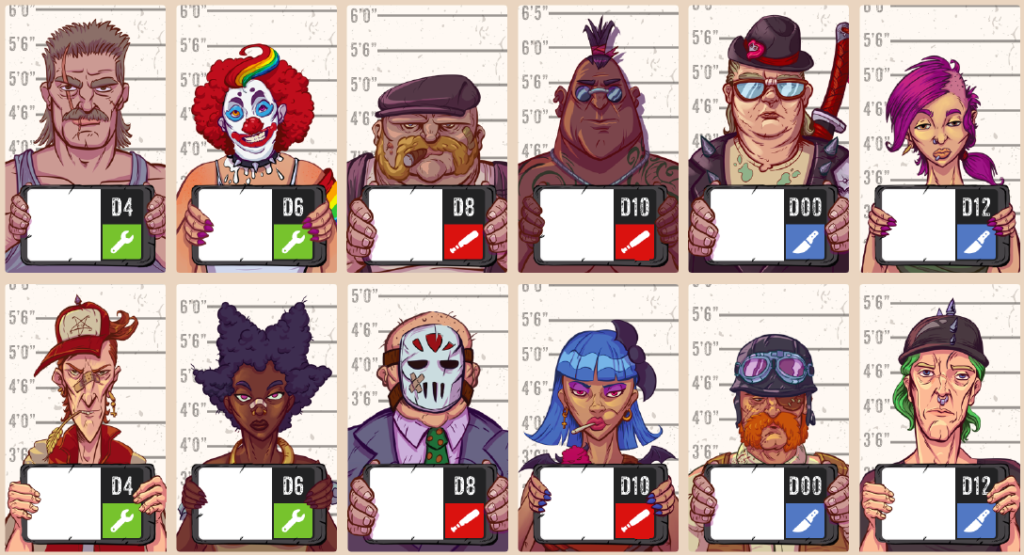