Utopia Engine: Beast Hunter is a sequel to Utopia Engine and uses the same basic mechanism of exploring a land, rolling dice, and using the results to resolve events on the game sheet.

In the game, you play as Mason the Hunter, a fugitive who has been falsely accused of murder. You are trying to gain refuge in a village for protection but the village elders require that you kill three beasts first. You have 14 days before the pursuing Blazing Star Regiment finds you and arrests you so you must kill the beasts before that time.

Each turn you must decide to either search for clues to find the terrible beasts, build towers to defend the village, build equipment, or rest to heal yourself. To win the game you must defeat all three monsters and gain the trust of the villagers so they will hide you from the Blazing Star Regiment. 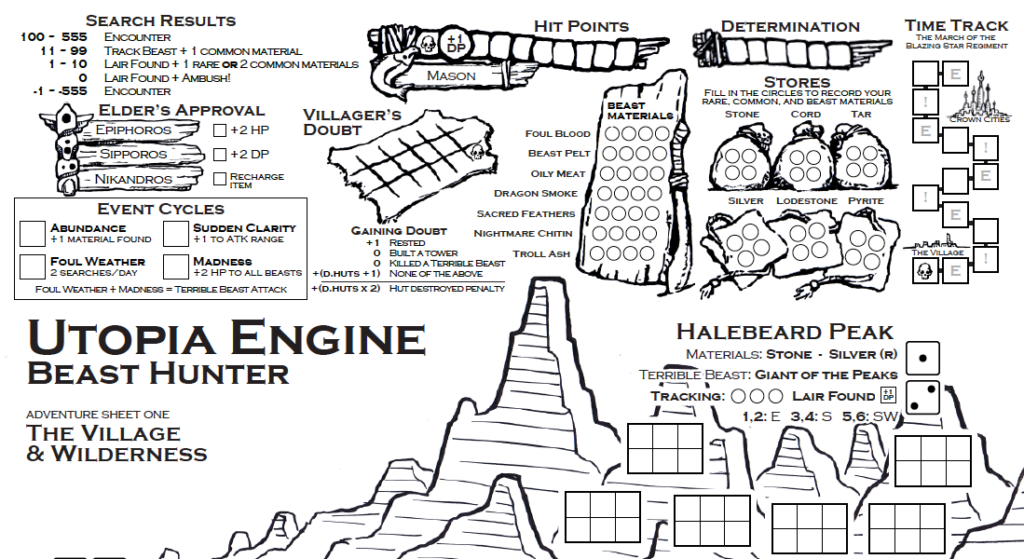